Juan Parra Cancino, as a founding member of The Electronic Hammer, is an alectronic musician who has toured Sweden, the United States of America, Uruguay and other countries. He was born in Chile and is now based in the Netherlands and Denmark.

He stayed at Studio Kura fortwo weeks in May, 2009. Here he composed music, inspired by the environment, and played two live shows: at the Jomanji buddhist temple and at Studio Kura Gallery. 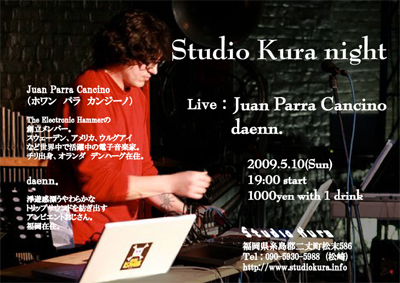