Melissa Steckbauer is an artist that speaks of gender problems in contemporary New York through her work.

Melissa stayed at Studio Kura for a month in June, 2008. She did not just work on her art but also gave lectures to mid high-schoolers in Fukuoka city, had a drawing workshop, and did everything in her hands to communicate with the locals. At the end of her stay, she showed ten of her works in her exhibition “Sacred Artists and Animal Urges” at IAF Shop in Fukuoka. 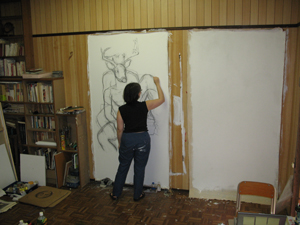 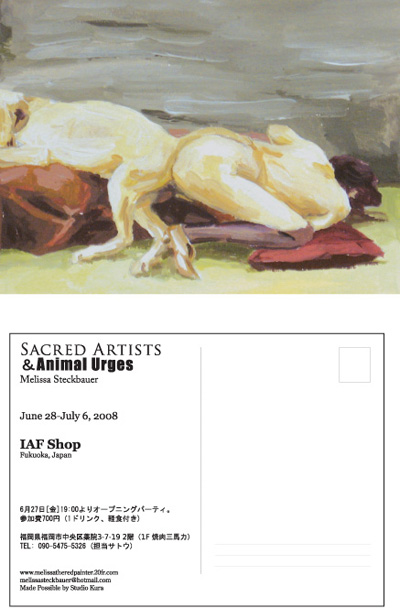