Georgia b. Smith is a dedicated artist whose continuously expanding practice is a “means of reaching other people and engaging them in non-didactic explorations of gender, nature, and bodily experience.”  Georgia b. began her career in contemporary dance: she moved to New York City after college and began interning at the Gibney Dance Center, which enabled her to take free dance classes while patching together work as an art model, production assistant, caretaker, arts administrator, and test subject for medical studies.  Georgia b  continued to craft her practice and build relationships and eventually earned a spot as a troupe member with the dance company Leimay, with whom she performed “Borders” at BAM Fisher.
During this time Georgia b. also formed and supported her own dance collective called NOT for reTALE. With characteristic determination and belief in her vision, Smith created costumes for the collective using her grandmother’s sewing machine and repurposed materials made available through support from NYLA’s Materials for the Arts. When she wasn’t getting shows, she created dance films so that her work could be distributed, further growing her practice. It was when Georgia b. became interested in using metal in her costumes that she began to build her welding skills, eventually earning a full time fabrication job in a Redhook metal shop and then a position as a welder in Carol Bove’s studio, working on projects such as her recent installation at the MET.   Georgia b is now pursuing her MFA in sculpture and performance studies at U-M’s Stamps School of Art and Design. She recently completed a European tour for her series Polite Structures and she is currently launching her newest series, Plastic Abodes. During her time at U-M and beyond,  Georgia b  ’s goal is to create work that “feeds on and feeds into the work of collaborators” and “catalyzes deeply felt experiences” connected to our most pressing cultural concerns.

Georgia is staying here in Studio Kura for a month to create art works. 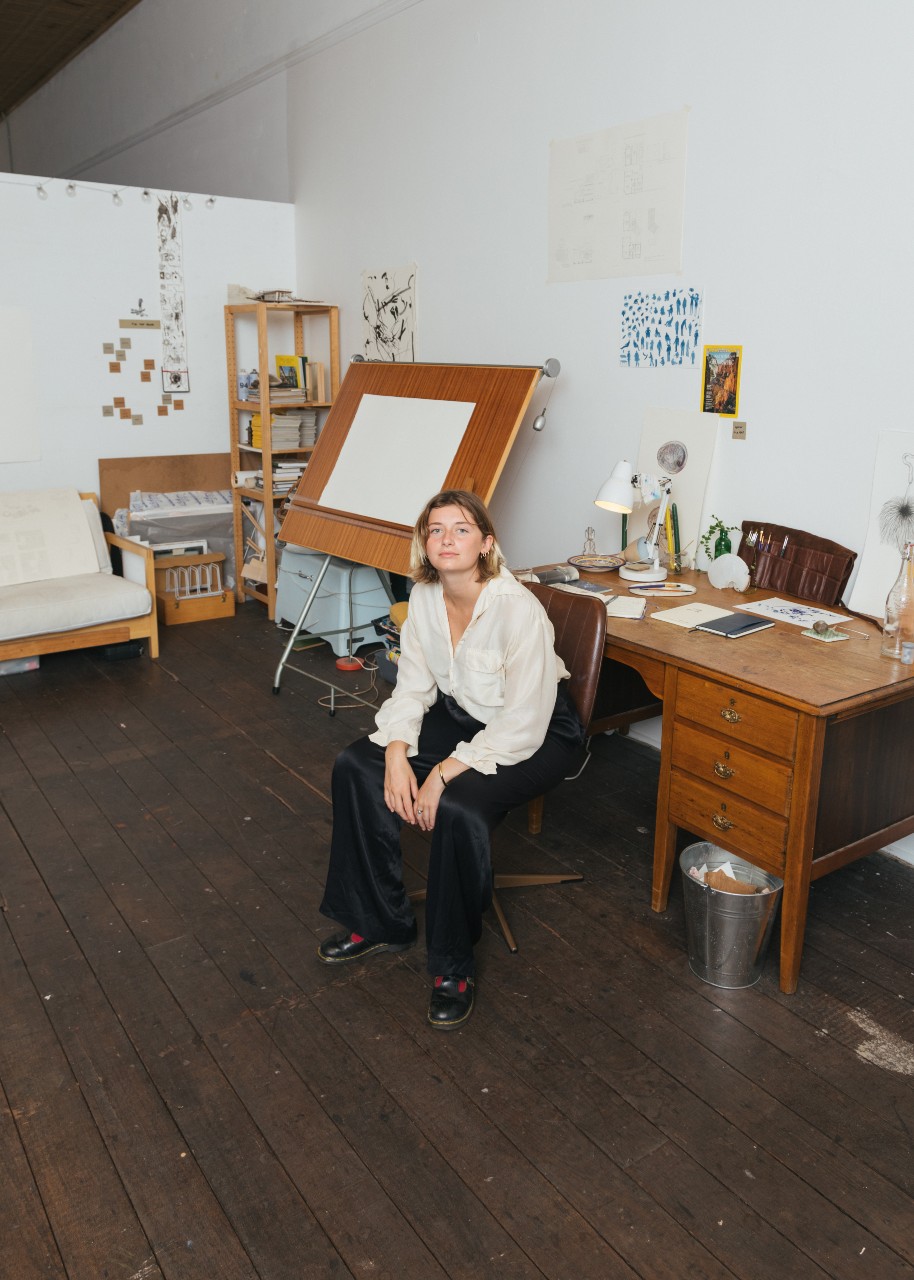