Scott Harano is an American artist, born and raised in Northern California.  After receiving a Bachelor’s of Fine Art from the Rhode Island School of Design (RISD), he worked as a wallpaper designer in Brooklyn, New York before coming to Japan to be a teacher.

He primarily works with watercolor paints, often venturing out into nature to create small plein air paintings.  By painting en plein air, he aims to capture a feeling of being present in the space.

During his time at Studio Kura, Scott will expand upon his plein air works to create a series of abstracted landscape paintings that will each represent areas around Itoshima.  By taking architectural structures and natural forms and rearranging them alongside patterns and textures, these paintings will aim to be recognizable as particular places, but reveal details that may have otherwise been overlooked. Through these paintings, he hopes to encourage viewers to reflect upon the way they look at the things they see day to day, and find beauty and appreciation for the things and places they once thought were mundane. 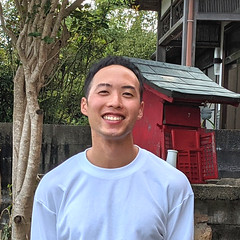