Guillaume creates work inspired by Japanese Arts and culture. He has been fascinated from a young age by this country and when he decided to create a show it became natural to use their culture as a main reference . Therefore the character Riuchi emerges out of a fantasy realm inspired by ancient Japanese tales. For the necessity of his performances, Guillaume added Asian martial arts techniques to his skills in circus and dance. From this combination of skills emerged a style that seems effortless balancing high technical skills and Asian controlled movement techniques.

RIUCHI’s SHOW
In 2013 he started touring with the show “Riuchi – The Tales of the Ancient Lights” across Europe in Arts festival and recently in Japanese arts festivals.
The Tale of the Ancient Lights is Riuchi’s award-winning one-man show inspired by Asian art; a fusion of circus, dance, magic and technology.The Tale of the Ancient Lights won Best Performance and Best Lighting at Galway Fringe Festival 2014, was nominated for Bewley’s Café Theatre “Little Gem” Award at Tiger Dublin Fringe Festival and has featured on the RTE Today show. The Irish Times has described it as “an intriguing synthesis of technology and a skilled and imaginative performer.” Riuchi has been awarded the prestigious 16×16 : next generation artist awards by TheArts Council of Ireland for his contribution to Irish arts scene.

Guillaume in Japan
In order to push his own boundaries, Guillaume focused his training and research on Japanese culture and arts by spending time in a residency over Japan in 2016. Guillaume trained Japanese secular art forms in shrine and temple immersing himself in his surrounding and population. He then explore new techniques while refining his own set of skills.
By sharing excerpts of his research during his residency, he brought forward European techniques unfamiliar to Japanese culture such as circus and magic technique. While Japanese culture tend to preserve the integrity of its traditions, Guillaume’s work is based on mixing culture and techniques, leading for instance to an exploration around the traditional sword art and special effects used in animation of feature films. Therefore, he questioned the audience of both culture about the creative possibilities of bridging between past and future.
During his upcoming residencies in Japan, Guillaume wishes to extend his experimentation about combining tradition with novelty. The first part of the residency will focus on a research and understanding of the art of shodo (calligraphy) mixed with a circus technique called object manipulation. The combination of these two art forms based on complex physicality will create a new kind of spacial illusion.

Guillaume Cousson participated in the artist in residency program at Studio Kura in November 2016. 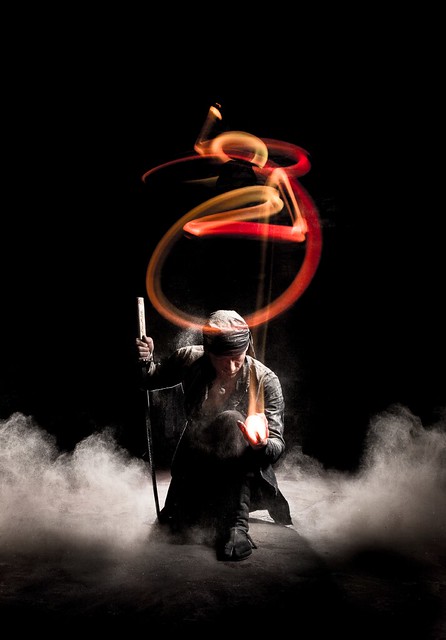 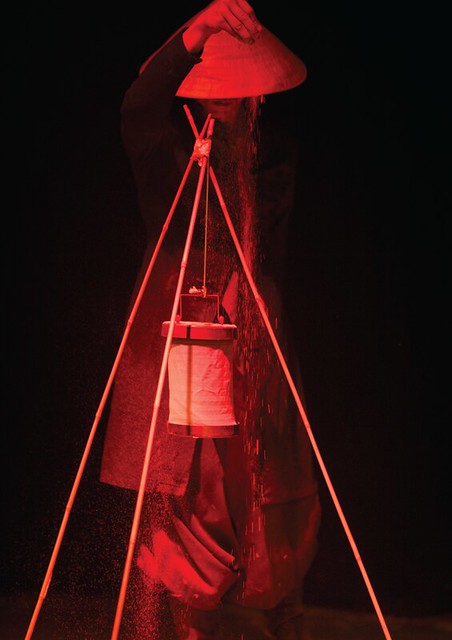