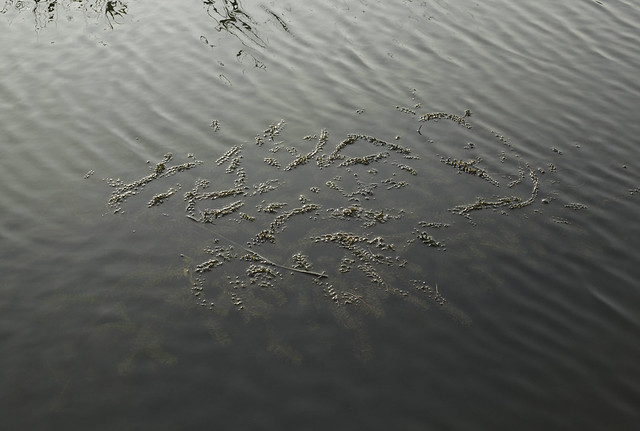 We are happy to announce Komorebi, an exhibition by Anne-Sophie Guillet, , as a result of her activity during her stay at Studio Kura.

Anne-Sophie Guillet is a visual artist that specializes in photography based in Brussels, Belgium. She graduated from the Royal Academy of Fine Arts in 2013 with an MFA in visual arts/photography. Her work has been shown in many places in Brussels, Los Angeles, Krakow and she is about to be part of the Mt Rokko International Photo Festival in the Emerging Photographers show which will be held in Kobe at the end of August.

Her practice spreads through series questioning the enigma of identity and its forms. It is essential to her life and allows her to discover things on human beings, about herself and becomes an excuse to meet people. It is by pursuing the flow of her thoughts and by attempts to let it express itself that she continues her quest on the understanding of human being.

Although the worlds’ rustle never ceases, knowing only different variations depending on time and seasons, some particular places still give that sense of an approach of silence. My images and videos put together work as a trace of a sensitive experiment felt in reality. Photography is an image which is above all the result of a singular interpretation of nature by its author. I allow myself in the image to give it a form and an inner feeling. What one discovers opens to exteriority and lengthening, as contemplation is firstly a vector of non-answer, it is just a way to perceive.

Anne-Sophie Guillet “Komorebi”
Date: September 24 (Saturday) & 25 (Sunday), 11:00 to 19:00, free entrance
* We will hold an artist talk and opening party on Saturday the 24th, starting at 15:30.
* The exhibition by other four artists (Cathy Laudenbach, Thomas Hoeren, Inkeri Jäntti, Nazia Andaleeb Preema) will be held during the same exhibition period.