Our residence artists in December joined Shimenawa (the Sacred Rope) making for Masue Inari Shrine on Dec 10th in 2017. 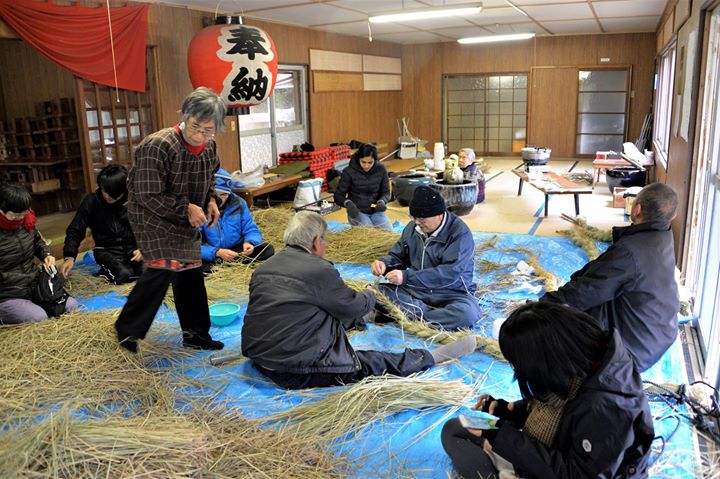 Shimenawa means to represent a sacred place where a god is enshrined. The rope takes the role of demarcating the shrine and precincts from the every-day world, and avoiding impurity. 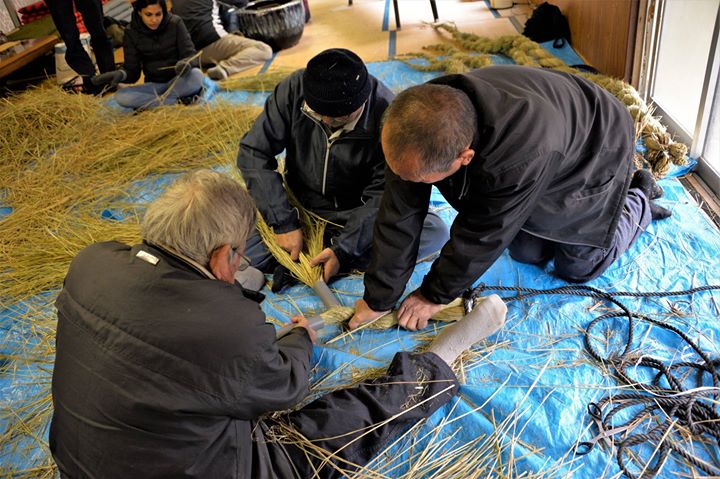 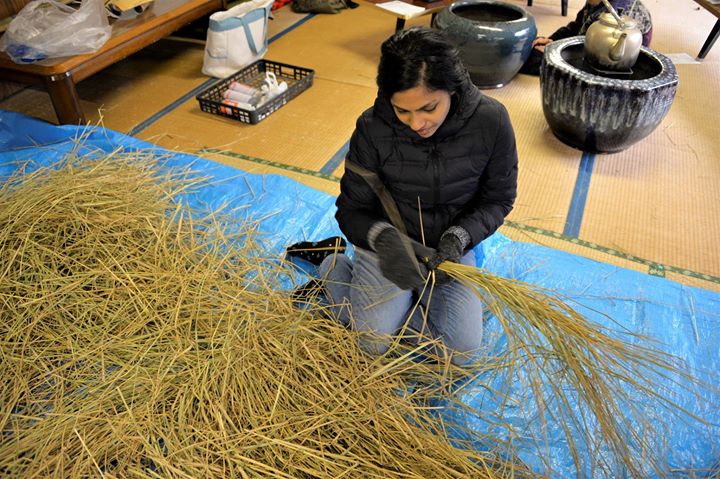 After that, they learned how to make the small version by a local master. 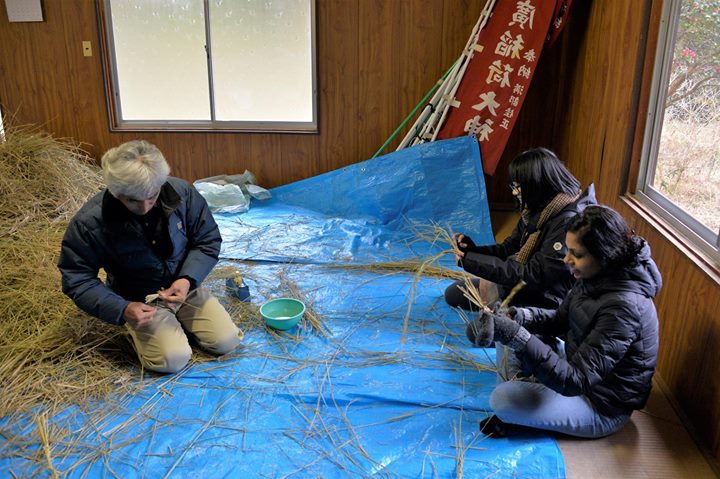 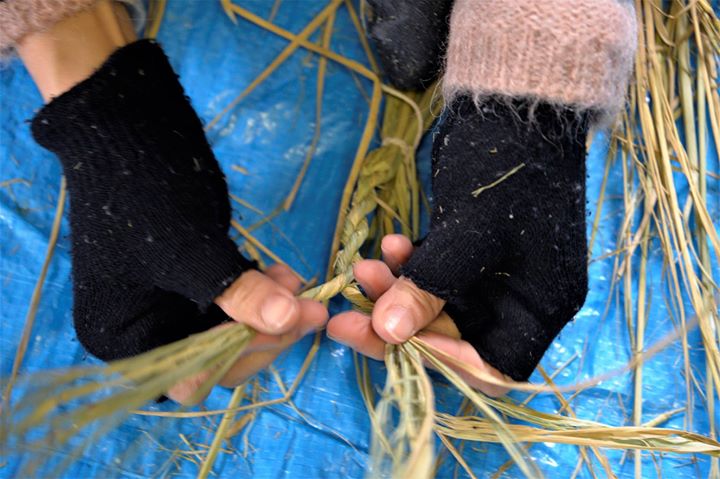 They made good ones and all said “I am going to hung this for my room door”!
In Japan, we have a custom to hung the Shimenawa above the front door as a New Year decoration, so we welcome the Kami 神 (god) of the new year into one’s home. 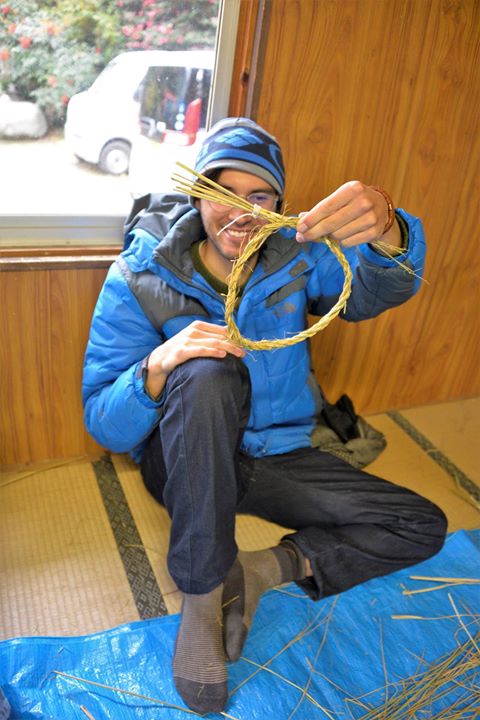 Home-made bento-lunch by Michiko san (our founders mother!).
Tonjiru 豚汁(miso soup with pork and vegetables) made us warm.. 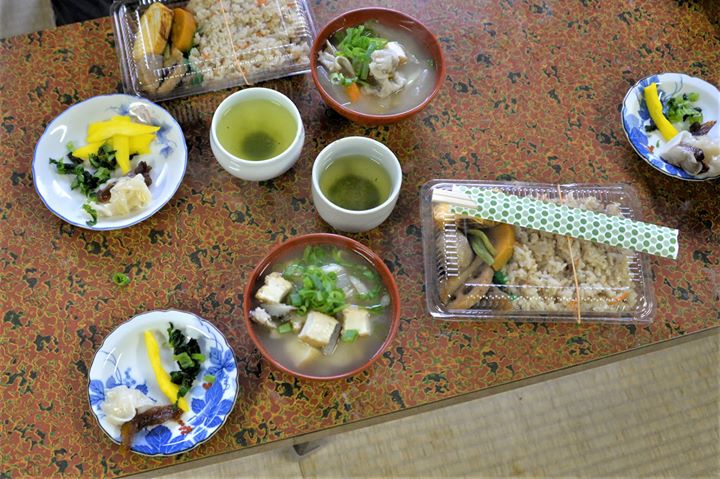 and these traditional Hibachi(火鉢) braziers helped us too. 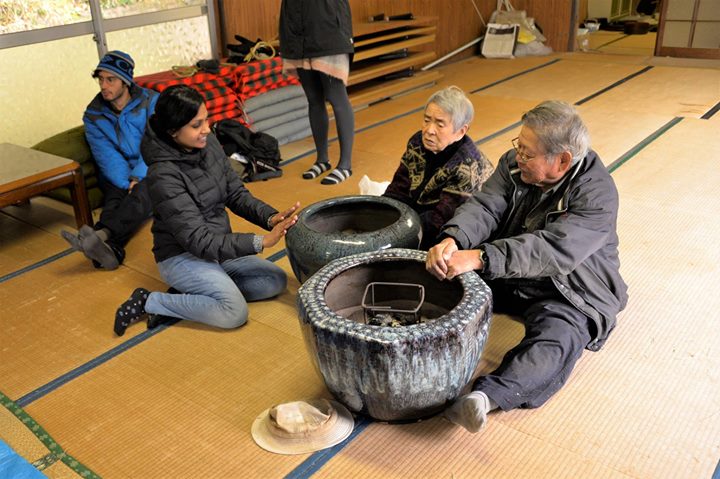 Shimenawa represents the scene of advent of Kami, derive from Japanese mythology. 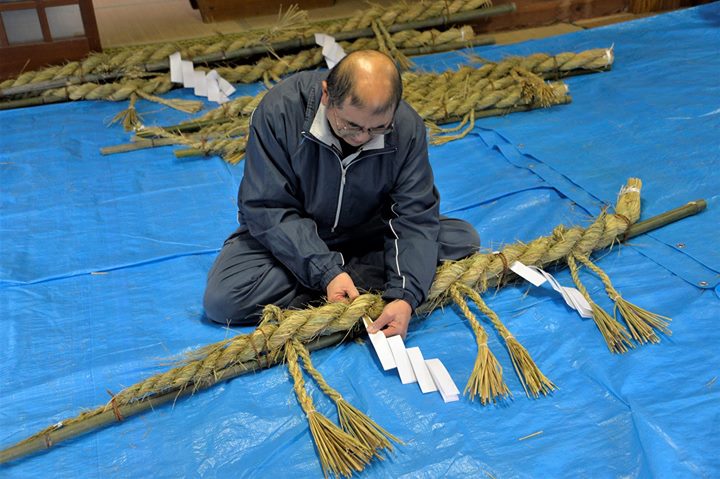 Each part of Shimenawa can be described as;
Big main rope= cloud
Shide 紙垂 (washi paper)= thunder = advent of kami
Tiny ropes= rain
Shimenawa is originally dedicated to a shrine to pray for a good harvest, so it is made of rice straw. We still see many shrines in this area as it has rice cultivation culture since long ago.

After purifing Shimenawa by a Shinto priest, and new ones were replaced. 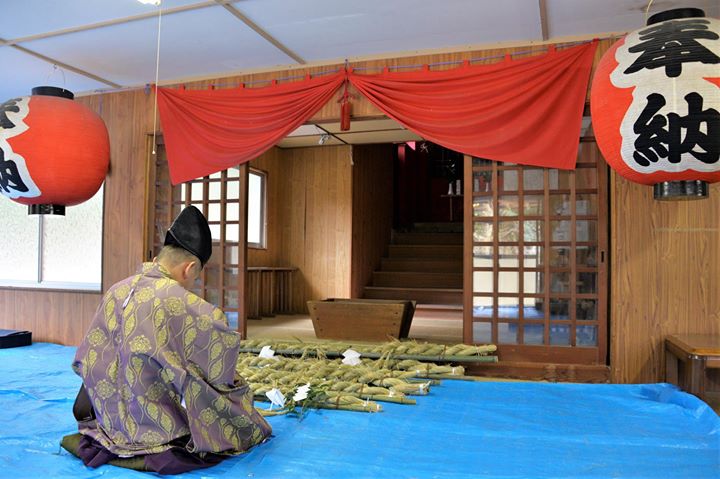 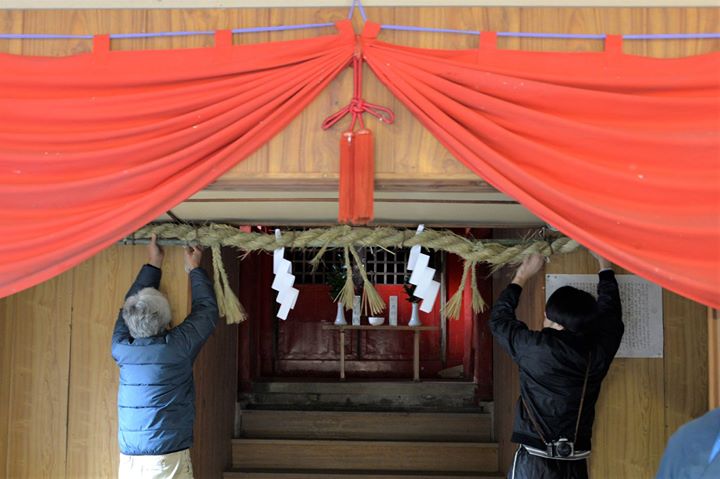 We also went to other related shrines to replace all on the mountain behind the Masue Inari Shrine. 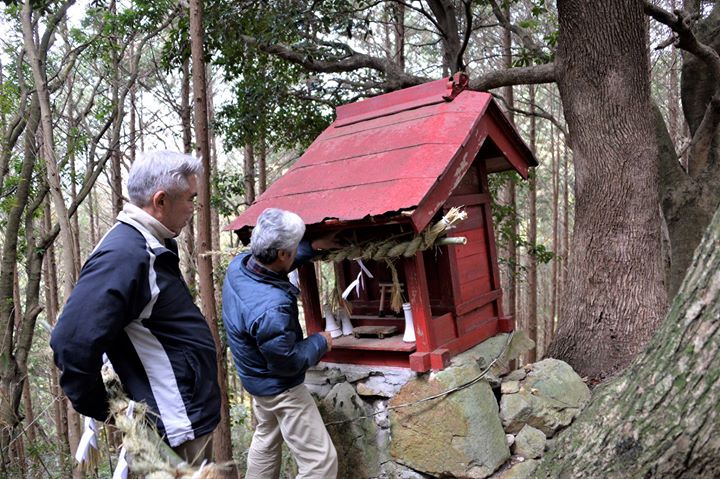 This mountain with shrines are the main location of our International art biennale festival called Itoshima International Art Festival: Itoshima Arts Farm. So artists could see some of previous works used natural materials shown in October 2016. 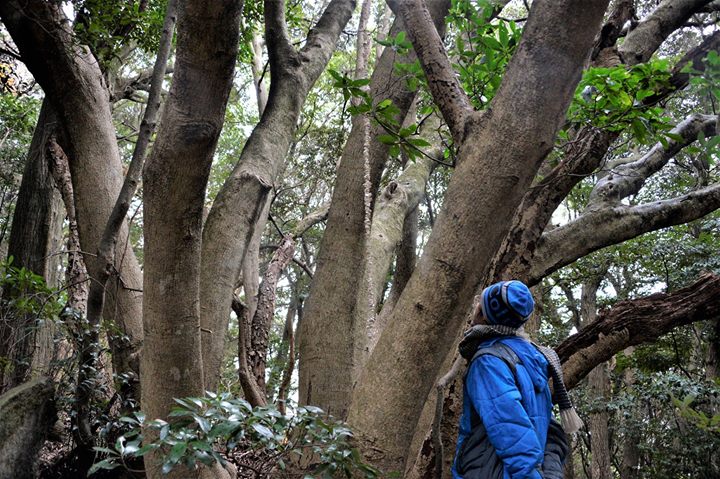 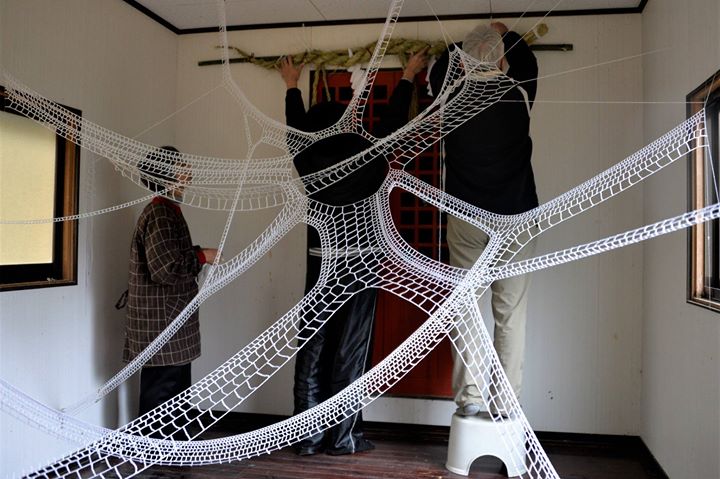 It was a special seasonal shrine event for the artists to know the relationship between rice harvest culture and Shinto shrines, also to experience the “art”-like cultural objects, customs and the faith in Kami (gods) around this area as well as Japan. 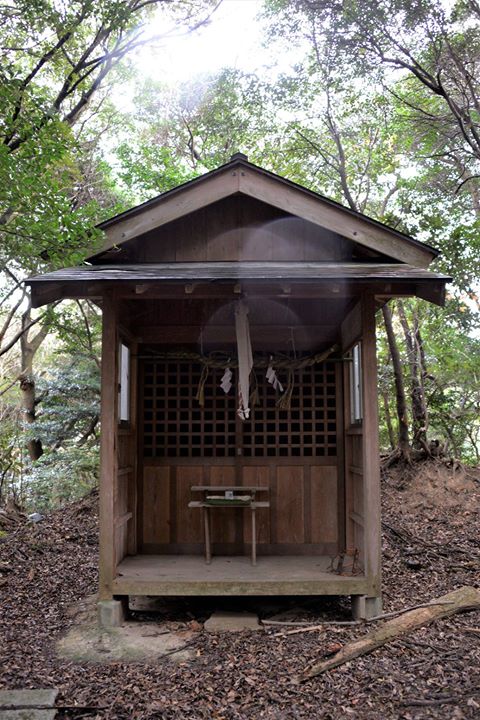 Thank you very much for joining this event, Cai Jun, Eswari and Leonardo! 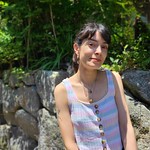 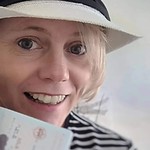