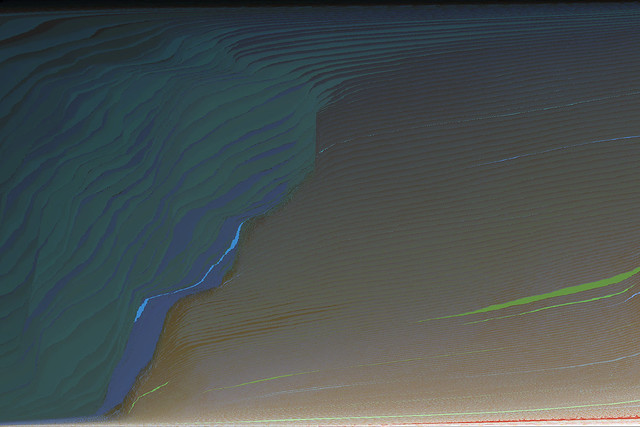 We are pleased to announce an exhibition Umetatechi by Luke Garrett on April 25(Thu.) to 27(Sat.), as a result of his activity during his stay at Studio Kura.

Luke Garrett is a photographer and visual artist originally from Melbourne, Australia and is currently based in Tokyo. Graduating from the Royal Melbourne Institute of Technology with a Bachelor of Fine Art in 2018, he received the Kayell RMIT Print Imaging Practice Graduate Award. He has previously been awarded the Vanguard Best Architectural Work for the CCP Salon 2015 and was featured in The Best Australian Photos of 2015 for The Guardian Australia.
Luke’s work has been exhibited across several group shows in Australia and internationally and his work has been featured in a number of publications.

Umetatechi, meaning ‘reclaimed land’ is a new series from Luke Garrett that explores the practise of land reclamation across Japan. Using found imagery of redeveloped sites, Luke has manipulated these scenes through a process known as pixel sorting, which renders these landscapes in a new dimension.