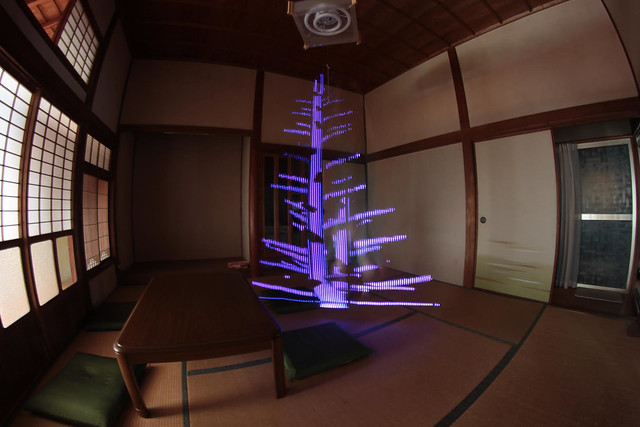 We are pleased to announce an exhibition So Little About Almost Nothing by Mitch Shiles on July 25(Thu.) to 27(Sat.), as a result of his activity during his stay at Studio Kura.

Trained as a ceramist, his processes bridge both computer-aided methods and ancient craft techniques. In 2014, he received his MFA from the New York State College of Ceramics at Alfred University and has gone on to teach at the Harvard Ceramics program, Massachusetts College of Art, Lesley University and the University of Colorado at Boulder. He has participated in residencies at Haystack in the state of Maine, NES in Skagastrond Iceland, and Art Farm in the State of Nebraska.

This exhibition attempts to render ideas surrounding the limits of human perception for intangible things, and how we may be haunted by the specter of our actions.

Mitch Shiles “So Little About Almost Nothing 何もないようで僅かに存在するもの”
Exhibition style: Mixed Media: sculpture, and new media
Date: July 25 (Thursday) to 27 (Saturday), 11:00 to 18:00.
* We will hold an artist talk on 27th (Sat.), starting at 16:00.
* The exhibitions by other eight current residence artists will be held at the same exhibition periods.