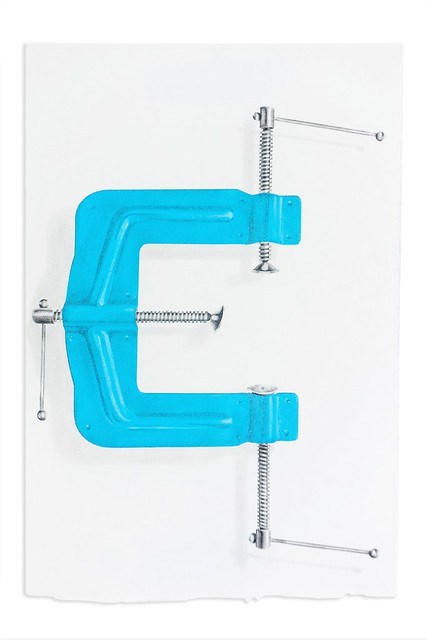 We are pleased to announce an exhibition a mere appendage by Ryder Richards on June 22(Sat.) & 23(Sun.), as a result of his activity during his stay at Studio Kura.

Ryder Richards was born (1977) and raised in Roswell, New Mexico. He currently lives and works in the Dallas area as an artist, writer, and occasional curator.
He earned a Masters in Fine Art from Texas Christian University and a Bachelors from Texas Tech University. His work has been exhibited across the United States from Brooklyn to Seattle, as well as internationally in Germany, China, Greece, Spain, and London.

Drawing tools purchased locally from large companies, Richards’ drawings consider the universal trend of DIY. The common tools are uncommon, somewhat exotic, though familiar in form and function. By making meticulous drawings the tools are elevated, fetishized, and granted a status (or agency) from which to open conversations about work, craft, cultural production, and the precarity of the labor class.

In America Richards has been drawing tools and creating art installations from Home Depot products for several years. His interest lies in the consumers ability to purchase DIY equipment as a means to self-empower, building online communities through Youtube tutorials, and the contradictions inherent to these practices.