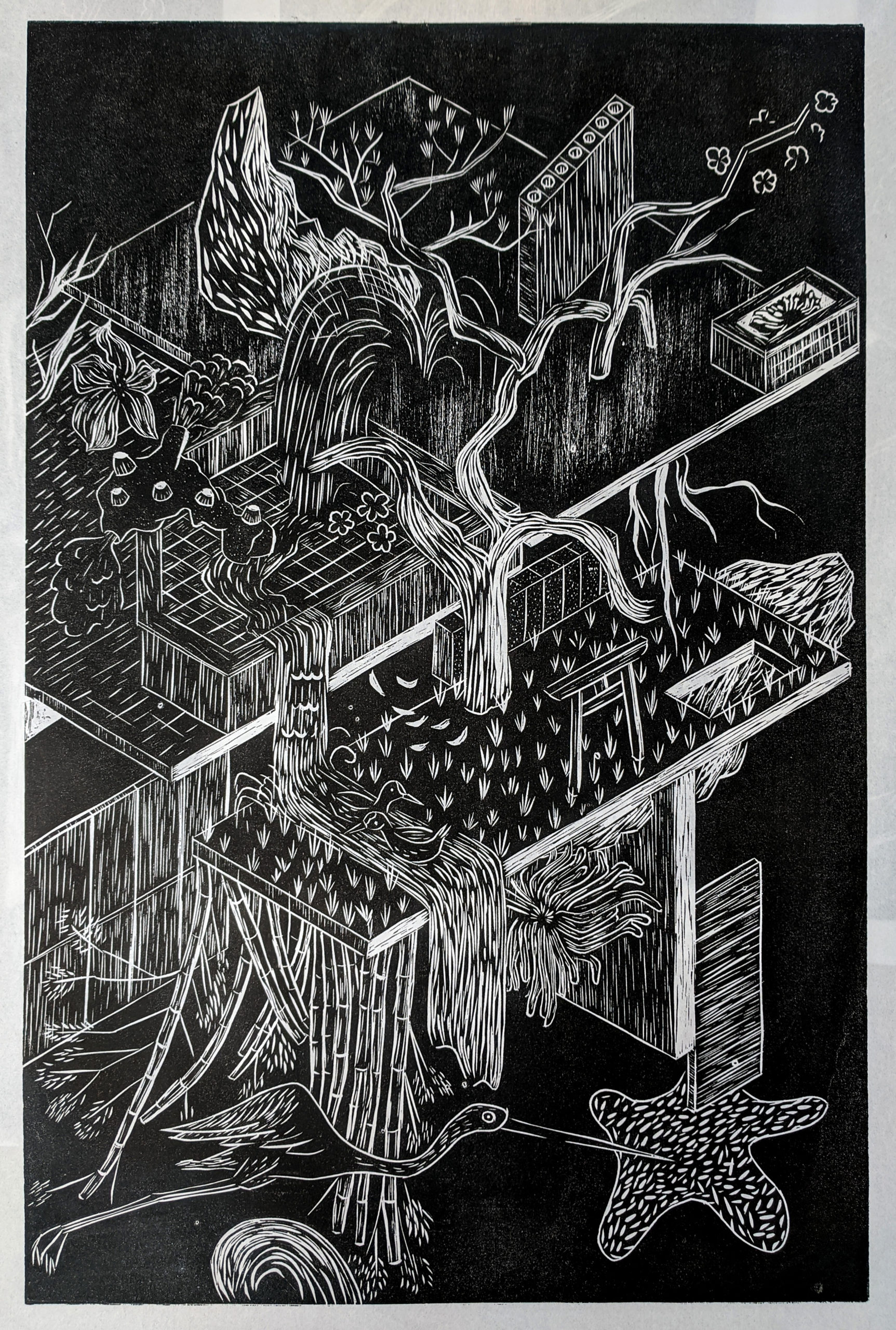 We are pleased to announce an exhibition “Low Tide 干潮” by Alexey Lazarev on June 27(Sat.) & 28(Sun.), as a result of his activity during his stay at Studio Kura.

Alexey Lazarev is a Montreal-based visual artist working primarily with drawing and print media to create installations that reflect his research on various aspects of human migration. Some of the past projects include reinterpretation of the memory formation process (i.e. how old memories relate to a new place) and analysis of the feeling of deception that comes after relocating to a new place. Alexey holds a BFA degree from Concordia University (Canada). He has exhibited work in Canada, Russia, Spain and the United States, his upcoming exhibitions will take place in Japan and Germany in 2020.

‘Low tide’ is a series of four large-scale woodcut prints, hand carved and hand pulled during the residency at Studio Kura in Itoshima (Japan). On one hand, the title refers to the importance of water for the city’s ecosystem. The ocean washes the shores of Itoshima, defining the climate and food culture in the region. In the meantime, the water from the rivers and hot springs nourishes the community by powering the irrigation channels, onsens and lakes. On the other hand, the title invokes the magical discoveries that may happen when the ocean retreats allowing you to see the treasures brought from elsewhere such as stones with holes in them, intricate shells, corals and fish skeletons, as well as man-made objects transformed by the ocean (and time) into eerie unearthly sculptures. During the low tide in the early days of the residency, I found a path to a secret beach from where I explored the shore for many hours and fell in love with Itoshima—unconditionally. And the real adventure started.